Calmar was First to provide ST in the U.S.
Calmar has the Most Experienced Providers in this country
Calmar is The Only Center of Excellence in the U.S.

For more information, or to make an appointment, click the button and fill out the form, or give us a call

ST is a non-narcotic, non-invasive, pain free treatment without known side effects and clinically proven effective by scientific research conducted by some of the world’s leading research hospitals. ST is administered using the MC-5A, an FDA cleared medical device.

Dr. D’Amato, Calmar’s Medical Director is the most experienced doctor in the U.S. providing ST. Dr. D’Amato has trained doctors and nurses from Mayo Clinic, John’s Hopkins, MD Anderson, Harvard Medical Center, Walter Reed Army Hospital and others in the use and application of ST.

Patients travel to Calmar from all over the U.S. and from countries all over the globe. Mayo Clinic, Johns Hopkins and MD Anderson treat patients using ST in their own clinical practice confirming the validity and effectiveness of ST from world renowned medical institutions.
LEARN MORE
Dr. D’Amato and his medical staff have successfully treated over 350 patients with CRPS and RSD and over 950 patients with sciatica, lumbar and cervical pain, CIPN, phantom limb pain, diabetes induced peripheral neuropathy and other medical conditions causing severe chronic neuropathic pain.
Play Video

I am Forever grateful for Dr D’Amato and his team. He has changed my life! I only wish more people with chronic nerve pain knew about this amazing treatment. 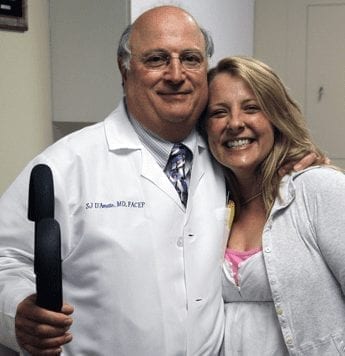 PBS recently aired an episode featuring Scrambler Therapy for chronic neuropathic pain. Calmar Pain Relief Therapy, cprcenters.com, is the nation’s foremost medical clinic exclusively providing ST for many chronic pain conditions. Dr. Stephen D’amato is the leading specialist in the US and globally in the mitigation of neuropathic pain utilizing Scrambler Therapy. With over 55 insurance companies currently reimbursing for ST, Calmar Pain Relief Therapy can help navigate the process of pain treatment payment from evaluation through positive outcome. Calmar is currently accepting appointments in both the Florida and RI facilities. Please call 401-270-7077 for more information

After an Appeal, UnitedHealthCare Ordered to Reimburse Calmar Patient for Scrambler Therapy

SEND US A MESSAGE

Complete this form and a member of our staff will reach out to you!

Dr. Frank Sparadeo received his doctoral degree from the University of Rhode Island in 1981 and completed his internship at the Boston V.A. Medical Center and his Post-Doctoral Fellowship at Brown University Medical School and Rhode Island Hospital. Dr. Sparadeo is licensed to practice clinical psychology in Rhode Island and Massachusetts

Dr. Sparadeo was an Assistant Professor of Psychiatry and Human Behavior at Brown University for 17 years. He was on the staff at Rhode Island Hospital (RIH) for 25 years. He was also on the staff at St. Joseph Hospital and The Eleanor Slater Hospital for many years. Dr. Sparadeo was the Co- Director of the Rhode Island Hospital Concussion Care Center for 5 years in the Emergency Department. He was the Coordinator of the RIH Interdisciplinary Spine Program for 15 years and he has been a consultant to several chronic pain management programs over the past 32 years. Most recently Dr. Sparadeo developed the first program in Rhode Island to focus on the dual problem of Chronic Pain and addiction. Dr. Sparadeo has trained numerous psychiatry residents and psychology fellows over the years.

Currently, Dr. Sparadeo is in private practice focusing on presurgical psychological assessments, chronic pain management, neuropsychological assessment of traumatic brain injury, dementia , ADHD and other CNS conditions. He is the past chairman of the Governor’s Permanent Advisory Commission on TLB, and has recently been a consultant to the Substance Abuse and Mental Health Services Administration (SAMHSA) in Washington, D.C. and served on the National Task Force on Substance Abuse and Disability (coordinated by SAMHSA). 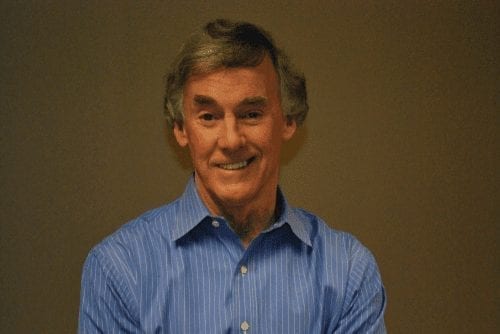 Mr. Smith is a founder of Calmar and has been directing its business operations and legal matters since June 2009. Mr. Smith is a highly experienced trial attorney with over 40 years of practice in civil litigation, insurance defense, medical and legal malpractice, commercial litigation, corporate matters, risk management and healthcare law in state and federal courts in Rhode Island and Massachusetts. Bob also has experience in start-up company guidance as well as executive experience with start-ups, having co-founded another start-up prior to Calmar. His forty plus years as a practicing attorney and his previous start-up experience have given him a breadth of knowledge to help Calmar navigate the pitfalls of early venture stage companies.

In early 2009, Mr. Smith discovered Competitive Technologies, Inc. (CTT), a small Connecticut company, that in 2007 acquired exclusive worldwide rights to market and distribute an innovative new medical device. Mr. Smith began examining CTT’s development after it was issued broad 510(k) clearance by the FDA in February, 2009 for the MC-5A medical device. The application of this technology is called Scrambler Therapy (ST). After determining that there could be a business opportunity for the clinical application of this technology, Mr. Smith developed a business plan and contacted his longtime friend Dr. Stephen D’Amato to discuss the feasibility of opening a healthcare facility utilizing this technology to treat patients with chronic neuropathic pain. Mr. Smith arranged for CTT to demonstrate the application of this technology and treat some of Dr. D’Amato’s chronic neuropathic pain patients using ST. This very successful demonstration clearly showed the effectiveness of the MC-5A medical device. Dr. D’Amato saw the incredible potential of this new technology. Mr. Smith then presented his business plan to CTT. After an agreement with CTT was executed, Calmar Pain Relief, LLC was organized. Dr. D’Amato traveled to Rome to train under Professor Giuseppe Marineo, the Italian inventor of the technology, and Calmar opened in November 2009.

Dr. Stephen J. D’Amato is a founder of Calmar and has been directing its medical practice since November 2009. Dr. D’Amato received his medical degree from the University of Padua, Italy in 1976 and completed his residency in Emergency Medicine in 1980 at Worcester City Hospital where he was the programs first Chief Resident. He was one of the first Residency Trained Board Certified ER doctors in the US. He has been practicing medicine in Rhode Island since 1980 and served as the Medical Director and staff physician of North Providence Medical Services,Inc. (the first Free Standing Emergency Room in the country founded in 1975) from 1980 to January, 2012. Dr. D’Amato is also licensed to practice medicine in Massachusetts and Florida.

Dr. D’Amato was introduced to Scrambler Therapy (ST) in August 2009 by Bob Smith. After Mr. Smith presented ST technology and the business opportunity to his longtime friend, he arranged for a trial application of the MC-5A medical device on five of Dr. D’Amato’s chronic pain patients. After witnessing the amazing response of these patients, Dr. D’Amato took a sabbatical in October 2009 and was trained and certified in the science, use and application of Scrambler Therapy Technology by its inventor, Professor Giuseppe Marineo, in Rome, Italy. Calmar opened its first clinic in November 2009 in North Providence, Rhode Island.

Dr. Stephen D’Amato saw this technology as not only a business opportunity but an opportunity to help a large population of chronic neuropathic pain patients, many of whom have very limited options other than addictive drugs or invasive procedures. Dr. D’Amato has treated over thirteen hundred (1,300) chronic neuropathic pain patients with Scrambler Therapy and is the most experienced doctor in this country in the application of this technology.  Dr. D’Amato is a leading authority of ST Technology.